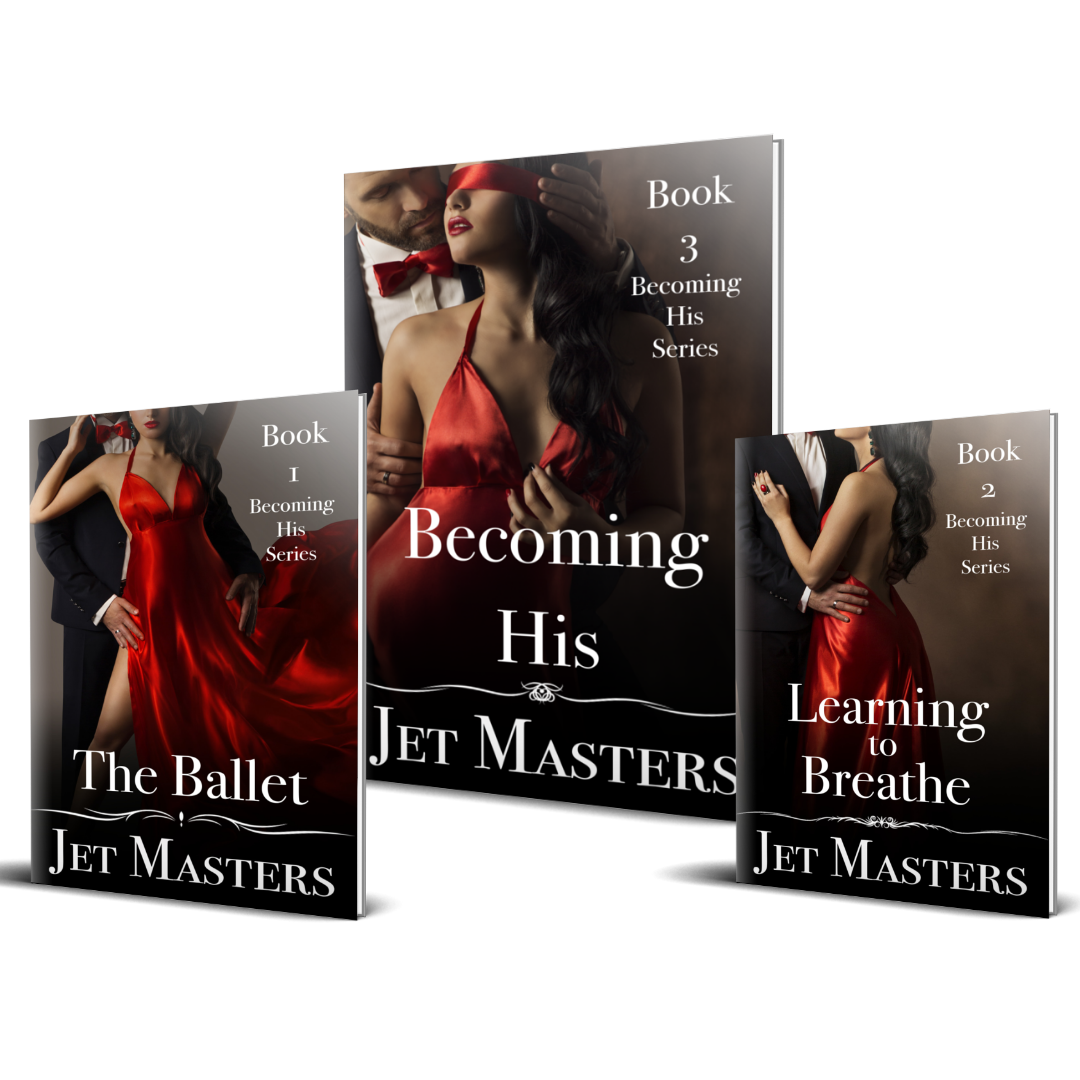 Since her husband’s death, Sally Levenson is trapped in a bland, colorless existence. She wants more, whatever ‘more’ might be. The night Sally decides to break away from her grief and venture out for a night at the ballet she meets a powerful and mesmerizing man. Derek is drawn to Sally and she to him. In a world of opulence and decadence, Derek wants everything from Sally: her body, her heart, her soul, her submission and more. With Derek, Sally finds a reason to breathe again. While frightened and cautious, she must choose whether to pursue what’s between them or walk away. Will Sally take a second chance on love?

Couldn’t put them down!

What a great beginning to what appears to be a terrific series.

This was my first read … and I loved every moment!

Escape inside your next great read!

It was one night outside the house. A simple ballet planned for Sally’s evening entertainment. A night spent alone, but not by herself. The entire city of San Francisco had taken to the streets and she had joined them. There was no reason to be nervous, but Sally could run a flying circus with all the energy swirling in her belly.

For five long years, a successful night out consisted of two or three chicks-flicks, a tub of popcorn, half a bottle of wine, and no tears.

Although, if she were being honest with herself, those had all been successful nights ‘in.’

Without her husband, Thomas, there had been no reason to leave the house. Even when he’d been around, he’d been the one responsible for getting her to go out. A social magnet who craved the pulse of the crowd, he’d had an uncanny ability to pull everyone in a room into orbit around him. She’d been one of his satellites, present and accounted for, but not really a member of the party. Without him to draw out her inner light, she’d turned back into the extreme introvert which had always defined her life. Dear lord, she was a mushroom!

Her world had been so damn perfect, but then he’d died and left her to navigate the world alone. Without him, she’d faded into the background.

Now years later, and one week before her thirtieth birthday, Sally headed out, with her lack of social skills firmly in place. She prayed no one spoke to her or asked her anything. Interaction with others wasn’t what she was looking for, not tonight.

Chick flicks, popcorn, and countless bottles of wine had been her way to grieve Thomas’ death, but she’d splurged on a birthday gift, a way to bring the past back to her present. Life wasn’t meant to be spent in mourning and she owed it to herself to at least try doing something fun.

With the new year fast approaching, she determined she would ring out this year with at least one goal achieved.

Even now, she wanted to turn around and head home.

She’d shelled out two hundred dollars for a single box seat. If she was going to do this, she would do it right. The San Francisco Ballet Company’s Nutcracker performance ranked high on her list of things to do.

Time to cross it off!

She would’ve brought her best friend George, but he’d already had a date for the weekend snow skiing up at Lake Tahoe. There had been no one else to call, but that hadn’t stopped her evening plans.

Mostly, she’d kept the tears locked away as she crossed the Bay Bridge. And it didn’t even matter she’d left her car in an overpriced parking garage with grungy attendants. Sally handed over her keys without another thought and joined the evening crowd on the sidewalk.

It was easy to spot who was headed to the ballet. Their formal attire contrasted with those kicking back on the streets, performers and kids hanging out in cut-offs, hoodies, and worn out sneakers. It was an eclectic crowd, but that was the pulse of San Francisco life.

Sally clutched her purse tight to her side and avoided the homeless camped out on the streets. Crowds flowed with the need to get elsewhere. The hum of the city vibrated the currents of the air. Traffic whizzed by. Horns honked. Brakes screeched. For once, being surrounded by something other than George and his dog felt good.

The crowd swept her toward the theater and to her date with the ballet. It was opening night of the Nutcracker. With tonight’s performance, the holiday season would officially begin. That had been her family’s tradition.

Dressed to kill in a little black dress, wool coat, and red scarf, Sally was ready to take on the town. Thomas’ pendant hung around her neck. He’d given her the purple Tanzanite on their fifth anniversary. He may no longer be with her, but that small piece of him made her feel less alone.

Her determined steps brought her to the front of the theater and she joined those standing in line. Men in tuxes and dark suits accompanied women in beautiful dresses and evening gowns. Children huddled close to their parents, dressed in their best, if not accompanied by their best behavior. A general hubbub of excitement filled the grand lobby while eager audience members bought program guides and sought their seats.

Holiday decorations trimmed the halls. The ballet company even had the trees set up, decked out in silver and gold decorations. White lights twinkled among the boughs adding a festive air to the night.

She wanted to breathe again and not have the simple act of living hurt. But it did. Watching the couples and seeing the families had her heart aching all over again for everything she had lost. She was tired of the pain. The heaviness in her chest and that lump in her throat—her constant companions for the past five years—she wanted them gone.

She wanted to cry tears of joy, not tears of grief.

Her heels pinched her toes and brought her back to the moment. Stairs or elevator? Threading her way through the crowd, Sally avoided the stairs and joined the ballet-goers waiting to take the elevator. It took two heavily packed cars before her turn came.

The crowd thinned. The last group had gone ahead. She could have squeezed in with them, but that would have forced her into a closed space with too many people. When the doors opened once again, she found herself inside an ornate gilded interior with red velvet accents and wood-paneled walls. Recessed lighting provided a welcoming glow and a large mirror filled the back wall. Her reflection stared back at her, revealing a confident woman with sad eyes. The purple Tanzanite gem of her necklace glittered in the reflected light and she clutched it tight, needing a little reassurance.

She turned away from the mirror, released the pendant, and pulled out her ticket. Her husband hated the ballet. Thomas had been a lover of Sunday football, whereas she disliked sports, unless he’d asked her to join him on the couch. Then she would cuddle against him or prop her feet in his lap. With her latest book clasped in her hands, he would watch his favorite teams, while she read herself into a fantasy realm. Together they had been content. But he would have never taken her to the ballet.

A shame, since she’d all but grown up in the learning to dance the intricate steps, and falling in love with all the classical programs. Like a lot of other things, she’d given up dance after her mother’s death, convincing herself she never had enough talent to take her dreams any further than the community dance troupe. That didn’t mean her heart didn’t belong with the dancers on stage, but she had missed that piece of her life.

Over time, she’d convinced herself she didn’t mind—that she no longer wanted to go back to the ballet—but that wasn’t true. Leaving the ballet behind, even as a spectator, had been a concession she’d made for love, giving up a piece of herself to please Thomas. When he’d been around, her desires hadn’t seemed important.

It was time to pursue the dreams he would never be a part of and get on with her life without him.

Sally stepped out of the elevator and an usher approached.

“May I help you?” The woman was dressed in black, a color meant to blend into the background.

“Yes, please.” Sally handed her ticket to the usher.

With a smile, woman helped Sally find her box, directing her to a dark mahogany paneled door.

“Best seat in the house. You’ll love the performance.”

When Sally stepped inside, her breath caught. The box cantilevered over the galley below. The expanse of the stage sat directly in front. There would be no head dodging as she struggled to see around those seated in front of her.

“It’s perfect.” She clasped her hands against her chest, creasing her program guide.

The box had eight seats in two rows divided by an aisle. A small round table perched between each seating group.

“Looks like I’m the first to arrive,” she said.

The usher showed her the seat on the right, first row. “Your seat. Is there anything I can get you? Would you like a glass of champagne?”

She had to drive home. Should she splurge? Common sense dictated it would be fine, but she held to the pact she and Thomas had made years ago. No alcohol for the driver. Not even a sip.

When the woman excused herself, Sally approached the balcony. The wood of the railing was warm to the touch, buttery smooth and polished to a high gloss. She smiled. What luxury!

A quick peek at her watch. It was a few minutes to curtain call. If the other occupants didn’t arrive soon, she’d have the entire box to herself. A part of her wanted that, but she didn’t want to watch the Nutcracker by herself, even if it meant sharing the intimate space with strangers.

The house lights dimmed and Sally took her seat. The discordant notes of the orchestra warming up stopped with one last blare of a French horn. Sally leaned forward, held her breath, and waited for the dancers to appear on stage. 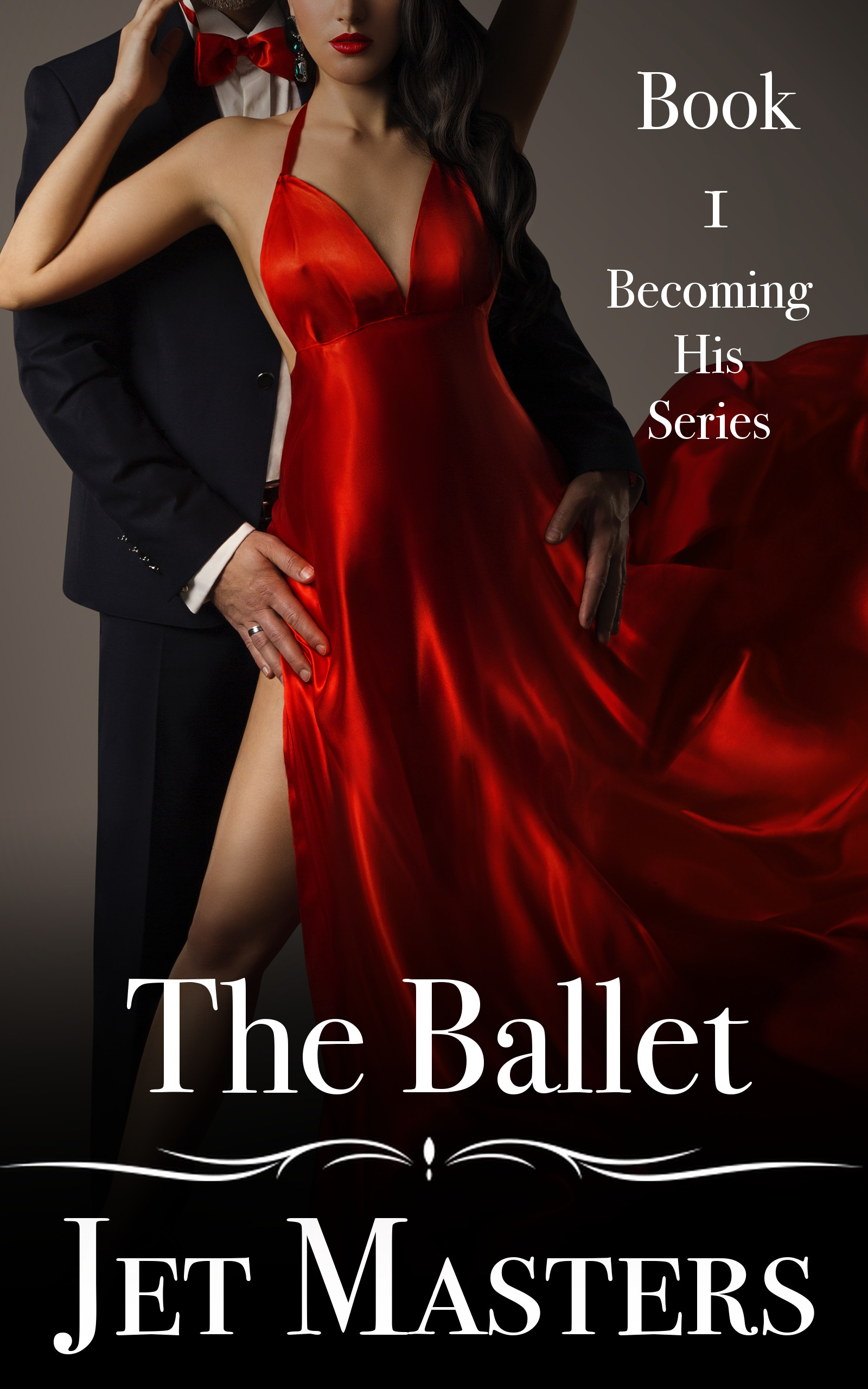 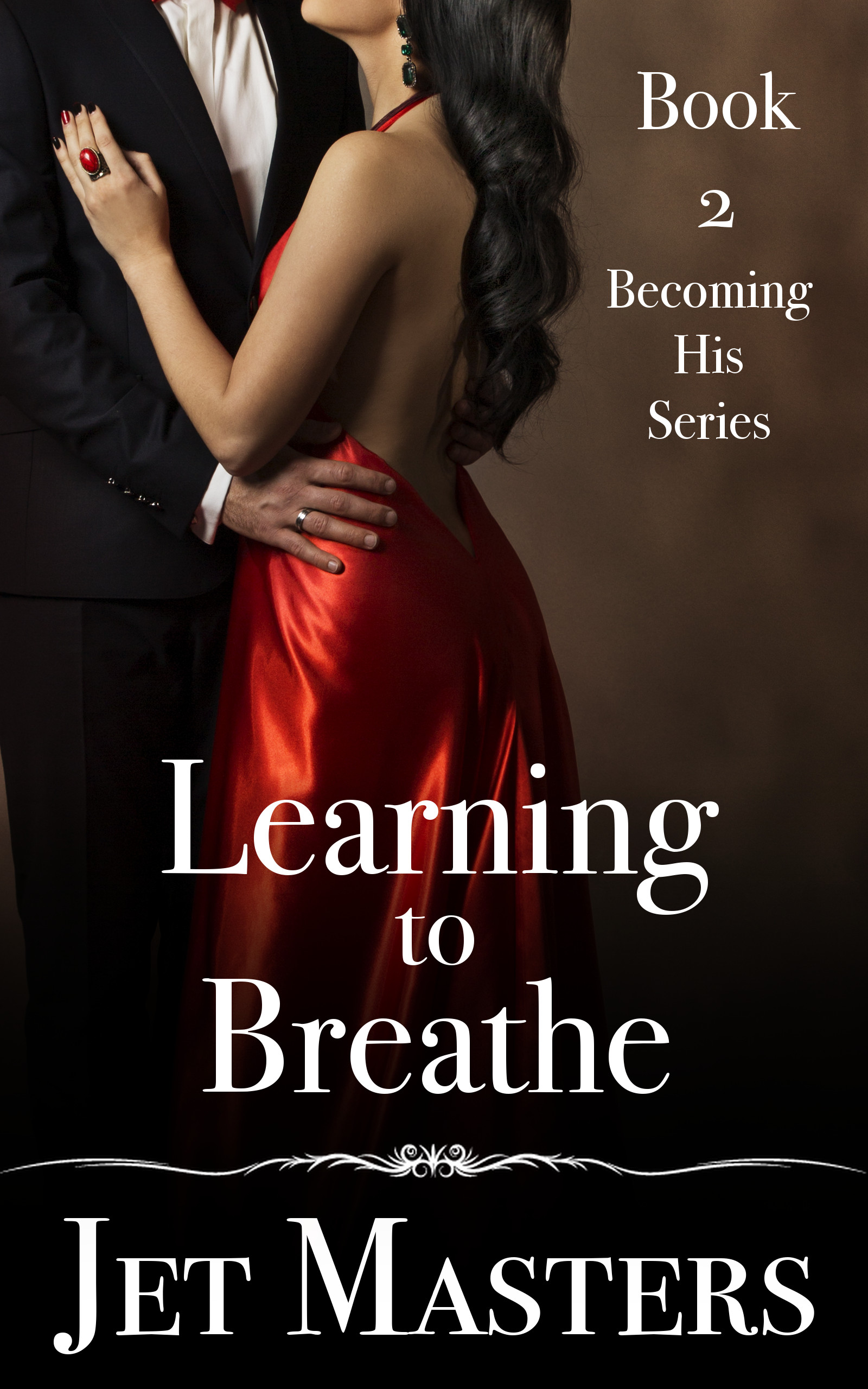