Begin YOUR Journey into Dark Romance

Strap in for one hell of a ride with Mesmerizing Sensuality and Riveting Suspense with Twists and Turns that Will Keep You on the Edge of Your Seat!

He steals her freedom. She captures his heart. Captor and his Captive; will their passion set them free?

What kind of man sells his daughter? Raven should have been looking toward a bright future. Instead, she’s fighting for her freedom.

Raven has it all: a privileged upbringing, a degree from MIT, and a way to finally be free of her heartless father. She’s ready to strike out on her own, but her father has other plans. Desperate to settle his debts, he gives her to a monstrous man. Now she’s fighting for her freedom from a man more likely to steal her heart than set her free.

He’s getting under her skin, making her submit to his will, and desire things she should never want.

However, if he thinks to own her, he’s in for a fight.

She may be his prisoner, but she will be his undoing, and she’ll do whatever it takes to be free.

At least that’s the plan…

They’re Enemies who Become Lovers. A Captor who becomes the Captive. Can two broken souls free their captive hearts? Find out in SHE’S MINE.

“Another delicious captive story from the master of storytelling. I can’t get enough of Ellie’s twisty, psychological plots and beautiful poetic words. A must read!”~ New York Times Best Selling Author, Pam Godwin

“OMG..OMG…OMG…Ellie Masters literally killed me with She’s Mine. When I was in the middle of chapter 3 and thinking to myself this book is going to be my undoing I knew I was in for one hell of a ride.” ~ Chasing the Words Book Blog

“This book takes you on a journey with so many twists and turns where nothing is exactly as it seems. If you love a good captive romance you will love this book, I seriously couldn’t put it down.”~ Katie Amazon Reviewer

I bounced with excitement as I neared the thick doors of the palatial monstrosity which had been my prison for the past twenty-one years. Z was out on a business trip. I’d be in and out, then gone, and would never again have to face the darkness in my father’s eyes.

As long as Z and I kept our distance, me in boarding school and him with his business, life allowed me to deny the truth. I was the rich socialite daughter of the illustrious Zane Carson, multi-millionaire who collected properties and corporations for sport. I dated who I wanted. As long as I didn’t sleep with married men or had my name splashed in the tabloids, Z and I maintained a peaceful coexistence.

But that no longer mattered, because I vowed to be free of his overbearing ways. I had plans to pub crawl from Scotland to Germany in one long summer of debauchery with my girlfriends before hitting the books and beginning my new life. All I had to do was stuff my backpack with a couple pairs of jeans, T-shirts, and one naughty black dress.

At twenty-one, I had a B.S. in Computer Science from MIT which set me free. No longer would I be a slave to Z’s money or his insufferable rules.

I put my weight behind the heavy, ornate door and pushed. This would be the last time I entered this house. I stepped across the threshold and lurched to a stop.

Z stood in the middle of the sweeping foyer. His coal dark eyes bore down on me beneath thick bushy brows. Heavy shadows gathered in his stormy gaze and a scowl framed his face. Two men stood with him; two large, intimidating men.

Years of rejection and emotional manipulation left no love lost between me and Z. In my head, he wasn’t father, or daddy. He was simply Z. I had long since whittled my father’s name down to a single letter. I hated him, only because I craved the love he denied me with the irrational need of a child. In front of others, I maintained a civil facade, however, and called him Papa. I did that now.

“Papa? I didn’t think you would be home.” My sandals slapped against Italian marble as I pulled up short.

“Raven.” His harsh, clipped tones made my heart lurch. There was no tenderness for me in his greeting. Disapproval tugged at the corners of his mouth and his displeasure radiated in the flare of his nostrils and the pinch of his eyes as he surveyed my state of dress.

His women wore their hair in tightly wound buns or French twists. I kept mine loose because it irritated him and it hung down to my waist. But his eyes skipped over my hair, made no mention of my lack of makeup, and moved to my summer tank top and cut off shorts. That’s when his eyes widened, showing white around inky blackness.

“Papa…” My throat constricted and I subconsciously wrapped an arm across my chest, covering my unsupported breasts.

Z demanded perfection in his female companions. Seeing his daughter in cut-off jeans, and a spaghetti tank top without a bra garnered more reaction in three seconds than I’d gotten out of him in twenty-one years.

“You’re dressed like a whore.” His teeth ground out a horrible sound as his jaw clenched.

My gaze flew to the men. Surprise fluttered in my belly that he would speak so crudely in front of company.

“Papa?” The word hung between us as he came at me.

His fingers latched around my wrist, biting into the tender flesh. My free hand pulled at him, trying to loosen his grip, but my efforts were useless against the steel band of his fingers. He yanked me toward the men.

“As promised.” He thrust me at the largest man. “Debt paid.”

An impossibly huge man pulled me from Z’s grip.

I looked to the man who had given me life and saw the truth etched in the granite lines of his features. Comfort never came through the cold-hearted man who dominated my life. He never once touched me with love. The set of his jaw confirmed the truth. I couldn’t believe what was happening, but the men lent a certain degree of reality to the situation.

The man who took me from Z, wrapped an arm around my waist as I kicked out trying to get free. It was a useless gesture. My efforts to free myself were laughable, but then I wasn’t thinking rationally. My mind reeled with my father’s words. What did he mean by debt paid?

The man pressed his lips to my ear and whispered. “You belong to another now.”

The other man came at me, bent to the ground and attached something bulky around my left ankle. I kicked at him, earning a grunt when my foot connected with his chin. Steely blue eyes promised retribution and my stomach clenched. Collecting my flailing arms, he pulled out a zip tie and with a zip my wrists were lashed together. He stepped back admiring his handiwork. I leaned back against the one holding me and screamed as I lifted my legs off the floor. The second man zip tied my ankles together while I tried to kick his face.

“Papa!” A screech escaped my lips and fell on uncaring ears.

Z backed away from the men who held me captive.

“I’m your daughter. How could you…what have you done?”

Z folded his arms across his chest. “You’re no different than any of the others and now you will be one.”

The man holding me tightened his grip around my belly as I squirmed trying to get free.

“What are you talking about?” I stared at my father, tears pricking at my eyes.

“Just like your mother.” Z’s voice dropped to a hoarse whisper. “She was so beautiful.”

My mother? In all the years I’d lived with this man, he never spoke of the woman who had given birth to me. I knew nothing of her. I had never seen a picture and never heard any of the servants speak of her. All I knew was what was reflected in Z’s eyes when he looked at me; hatred, contempt, and something dark and twisted.

“She’s a fighter,” the man holding me said with a grunt. “Chad, bring the car around.”

A bruise formed on Chad’s chin as he looked at me. Steel-blue eyes held a promise for retribution in my future. “Sure you can handle her on your own?” Chad grinned at me, then loped down the hall out of sight.

The one holding me grunted as I jerked my head back and smacked his jaw with the back of my head. Not my smartest move. I saw stars and I don’t think I did anything to him other than make his grip on me tighten even more.

“Your daughter is a fighter, Mr. Carson,” the man said.

“That was part of the agreement.” Z backed farther away. “Her owner specified it.”

I twisted and bucked, then stilled at my father’s words. What the hell was I doing? All the years of self-defense classes and I had been reduced to this? Scrabbling and kicking and squirming in the grip of a man?

I knew better. I’d been trained to know when I was outmatched. My window of opportunity had already closed, but I never thought I’d be attacked in my own home. I hadn’t been prepared to defend myself.

Frustration threatened tears, but I refused to let Z see my weakness. Another opportunity would come. I would wait, bide my time, and I wouldn’t waste my chance. Complacency wouldn’t lower my defenses ever again.

“Time to sleep, kitten.” Chad approached and I flinched as he raised a ball of bunched cotton to my face.

“I’m not your fucking kitten.” I kicked him in the groin, or tried to. He swiped my legs to the side without a thought.

“That’s correct, you’re not my kitten,” he said. “You belong to Master Xavier now.”

“I belong to no one,” I screamed as he came at me, twisting my head to the side to avoid the noxious chemicals embedded in the cloth.

Z came at me and held my head. He immobilized me and allowed Chad to cover my mouth and nose with the cloth.

“You will sleep, Raven,” my father murmured, “and when you wake you’ll meet your fate. You’ll serve your master as you were destined from birth, as your mother served me.” Z kissed my forehead as astringent fumes assaulted the tender mucous membranes of my nasal passageways.

I screamed, huffing in the anesthetic ether, as my world spiraled into oblivion. My mother gave me beauty and grace, but Z gave me a more valuable gift. He bestowed upon me intelligence, tenacity, and a single mindedness to accomplish my goals. As much as I hated him, I was my father’s daughter, and as blackness devoured my world, I vowed to destroy him.

Z fluttered kisses over my eyelids. “You were always destined to be a slave.”

I fought against blackness, but this was a battle I would lose.

Introducing the Dominant Alpha Men of the captive hearts series! 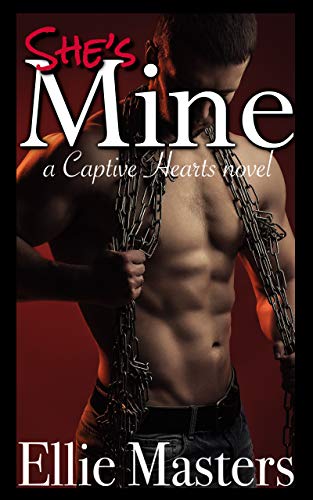 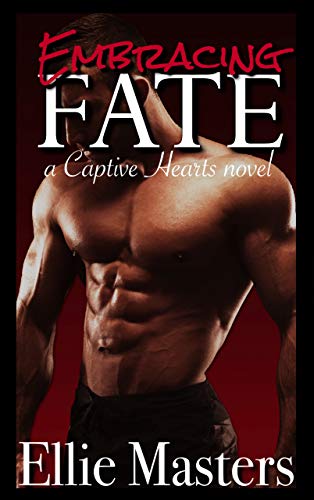 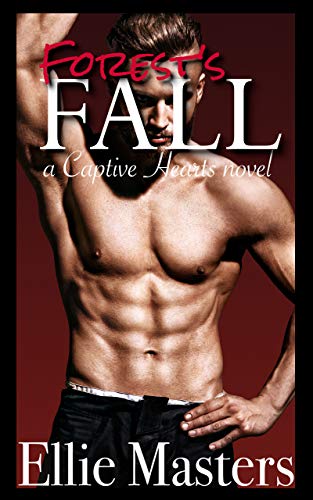