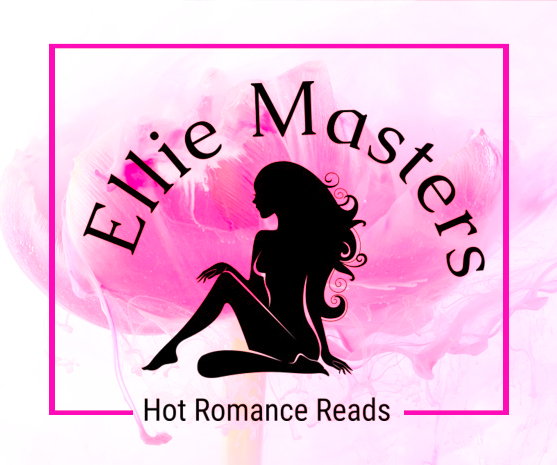 A little bit about Ellie Masters:

YOU CAN FIND ALL MY BOOKS HERE: ELLIEMASTERS.COM/BOOKS

I believe in true love. I believe you can look into the eyes of your soulmate and JUST KNOW. Many people don’t believe me, but for my husband and I, we were one of the lucky few who JUST KNEW.

I met the love of my life the day I left home for good, sitting beside a swimming pool in a tiny black bikini. I’ll never know if it was the bikini or some other quality about me, but he SAW me, and jumped off the diving board to get to me. I thought he was looney, until he swam over and captivated me with those incredibly blue eyes and a smile I couldn’t ignore.

Our first date, we talked about nothing other than our very horrible, and very EX-significant others. I think that set the foundation of our friendship and our love. We’d both been badly hurt and weren’t willing to travel back down that road. With our limits in place, he swept me off my feet and I believe I set a smile in his heart.

That night I knew, but it wouldn’t be until three months later that he asked me to be his forever. I said YES, unequivocally YES, with no hesitation. We married a few short weeks later and have been together for years and years and years.

Over those years, we’ve lived in many states and outside the country. I’ve worked at a multitude of jobs, and my primary job is one I still enjoy and love dearly. Writing has only come recently to me, a hobby which turned into a passion. I’ve met other authors, and discovered with relief, I’m not the only person to have a mind populated with characters talking, arguing, and having hot sex.

Now, I live with my beloved husband, two children who won’t flee the nest, and various animals, including three cats who rule the household and an adorable dog who wants the cats to be his friend. The cats have other thoughts on this matter. My favorite way to spend an evening is curled up on a couch, laptop in place, watching the fire, and bringing forth my characters from my mind to the page, and hopefully into the hearts of my readers.

I started with YA science fiction which began after an argument with my then teenaged son over a creative writing assignment he’d been given. He argued how ‘STOOPID’ the whole thing was and how ‘IMPOSSIBLE’ it was to write a paragraph describing a valley.

Yes, that was the assignment. So, me, being the awesome parent I am, set out to prove him wrong.

That began the genesis of my writing career and the beginnings of his second favorite book…CALAGONIA and my first YA science fiction novel, complete and rife with beginner writer mistakes. It’s where I cut my teeth on writing, and heck–he loves it. So, I consider it a tremendous success. And yes, I described that scene of a girl gazing out across a valley in tedious and breathtaking detail…and that’s when the voices began speaking to me.

Stretching my wings, I published a contemporary rock romance series, ANGEL FIRE, of which HEART’S INSANITY is the first of four novels. I quickly followed that with a novella. ASHES TO NEW is a prequel to Heart’s Insanity and was released in September. It’s NOT a romance, but rather a story of survival.

I have several projects lined up. I am a participating author in the Cocky Hero World by Vi Keeland and Penelope Ward and will publish COCKY CAPTAIN in that world. I’m finishing up my Captive Hearts series, which begins with SHE’S MINE, EMBRACING FATE, then HEARTS AVENGED. Hearts Avenged will tie together my CHANGING ROLES series, ANGEL FIRE series, and my CAPTIVE HEARTS series. I’m so excited to bringing all my books into one unified world!

Recommended reading order of my books:

Down the Rabbit Hole

If you’re a fan of contemporary romantic suspense, I recommend the following:

Fans of true love, contemporary romance, with a side helping of military heros, you’ll enjoy the co-written series I did with my husband, Jet:

The One I Want: a series of Love Stories